Can artists be considered equal stakeholders in any policy making as much as economists, scientists, biologists and other such experts? Can their works be considered as evidence in the rule of law? What happens when artists stand as witnesses in a courtroom and articulate their thoughts from years of experience accumulated by working at the grassroot level? Questions like these were answered, arguably, for the first time in India at Speakers Hall of the Constitution Club of India recently with real lawyers and artists playing pivotal roles in the three-hour staged courtroom drama.

The plot of the performance titled, ‘Landscape as Evidence: Artist as Witness’ was presented by Khoj International Artists’ Association and Zuleikha Chaudhari who also directed this production. They were the petitioners who had opposed the construction of an imaginary River Linking Project on the basis of the devastation it would cause to the environment. The matter was now being discussed before a Commission of Inquiry which was presided over by the former Chief Justice of the Chhattisgarh High Court, Yatindra Singh. 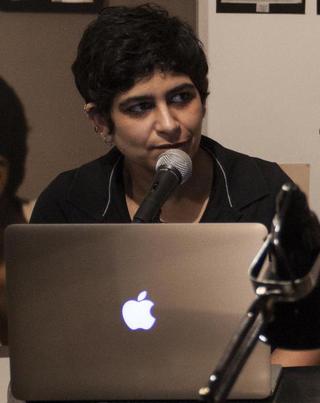 Other lead characters of the performance were senior advocate Anand Grover who represented the State, activist and Bombay High Court advocate Norma Alvares represented the petitioners and artists — Ravi Agarwal, Navjot Altaf and Sheba Chhachhi were the main witnesses. While the characters stayed true to their roles, it was the courtroom setting — an elevated wooden bench for the judge, witness stand, well of the courtroom and then a petitioner and State representative table, along with a space for court master and a stenographer that added an additional layer of authentisource_and_date to this intriguing session. 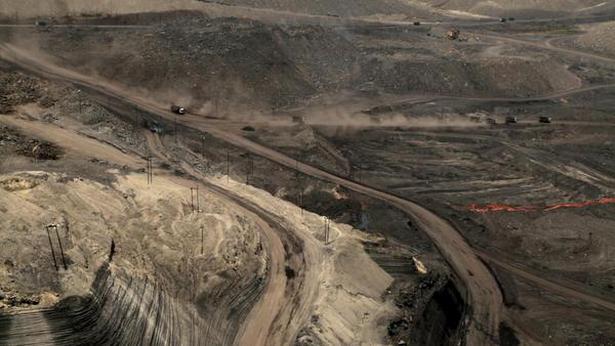 With the judge entering the room and an announcement being made for everyone to stand up and rise, followed by a request to switch off the mobile phones began the fictionalised proceedings. Ravi, whose work is based on ecology, society, urban space and capital, was the first one to be called in as a witness. His film ‘Have You Seen the Flowers’ documented how people along the bank of river Yamuna grew marigold flowers using sustainable practices was presented as evidence. He passionately debated how “industrialisation without thinking” displaces people. But then Anand, true to his role as a State representative, asked him if he is answering his questions as an “artist or an ordinary citizen.” To which, Ravi aptly replied and said, “I am an artist because I am a citizen. There is no difference between the two. My art is just a method for talking about issues that I strongly feel about.”

There was always a possibility that this hearing, which involved discussing a serious topic, would have become boring and redundant had it not been for lawyers, artists and even the judge occasionally allowing playful and friendly banter to fill the room with its share of lighter moments. For instance, while Anand as cross questioning Ravi, the Delhi-based artist argued how an artist certainly holds values and said, “We make less money as compared to lawyers, but we see the artist as a noble profession.” To which Anand quickly replied, “There is a hint of jealousy in this statement Mr. Agarwal.” And the entire room broke into a hearty laugh. 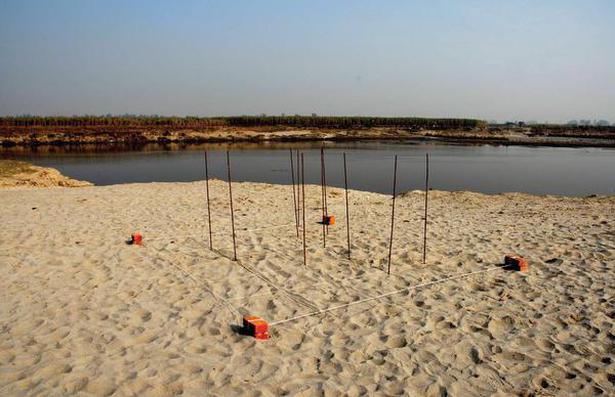 In another such case, when Anand was posing a volley of questions to Navjot, the judge quickly interrupted the senior advocate and said, “Mr. Grover, may I say something. The strict proceedings of cross-examination may not be applicable in this proceeding because, after all, they all are artists and they are slightly different than the normal set of people.” Ripples of laughter and applause broke out in the audience with this statement in particular, and there were several many instances that ensured this hearing has an insignia of artistic impressions.

All three artists presented their video works as pieces of evidence of how the lives of people are severely affected by people living around and near development projects and collectively opined while development is necessary for the country, it shouldn’t come with the risk of displacing indigenous communities. Their consent and holistic rehabilitation plans are keys to find a common ground.

After carefully listening to all arguments, Justice Yatindra Singh said his hands were tied due to lack of more convincing evidence provided by the artists that this specific river linking project would be detrimental to the environment. He ruled that he could not pass any recommendations objecting to the project and the project has to be allowed to go on. At the same, he said that he firmly believed that artists are an integral part of society whose “sensitivity” in such matters had to be taken into account. In future, he said, evidence provided by artists, in form of their artworks — especially if such artworks had been created in conjunction with the communities living in areas affected by such developmental projects — must be considered as proper evidence and not mere opinion. According to the judge, artists had to be considered equal stakeholders in any policy making as much as economists, scientists, biologists and such other experts. This judgement was met with a huge round of applause.

Elaborating on this experimental concept, Pooja Sood, director of Khoj said, “This event was the culmination of many years of work and collaboration between various players. As collaborators, Khoj and Zuleikha had been building this project over the past 18 months.”

Reacting to the judgement, Zuleikha said, “The hearing has been made in the context of a performance, so it is interesting to see what validity the judgement has in the real world. Even though the judgement has been given by a real judge, how does one view this conclusion still remains a big question.”